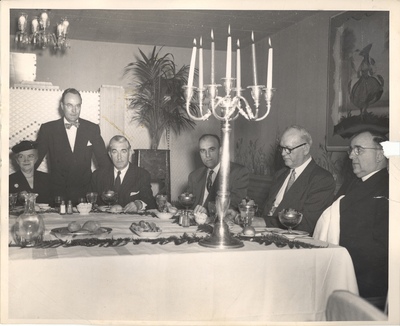 Otto Klitgord (second from left) is pictured with other guests at the Hotel St. George, site of the February 1952 commencement ceremony of the college. Otto Klitgord was the first president of the New York City College of Technology. He was named director of the New York State Institute of Applied Arts and Sciences when it was formed in the 1946 and became president in the 1950s when the administration was reorganized. Klitgord served until 1960, making his tenure as president the longest in City Tech's history.