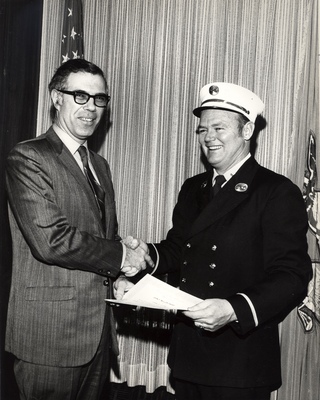 Herbert Sussman (left) is shown presenting the John P. Mullen award. Herbert M. Sussman was the College's fifth president. He was inaugurated on June 8, 1972 and the school's commencement ceremony. He served from 1972-1977. By this time, New York City Community College of Applied Arts and Sciences was part of the CUNY system and had merged with the Vorhees Technical Institute.