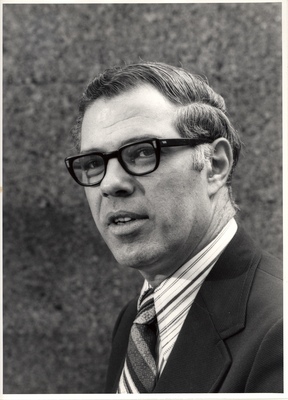 Portrait of Herbert M. Sussman, president 1972-1977. Herbert M. Sussman was the College's fifth president. He was inaugurated on June 8, 1972 and the school's commencement ceremony. He served from 1972-1977. By this time, New York City Community College of Applied Arts and Sciences was part of the CUNY system and had merged with the Vorhees Technical Institute.